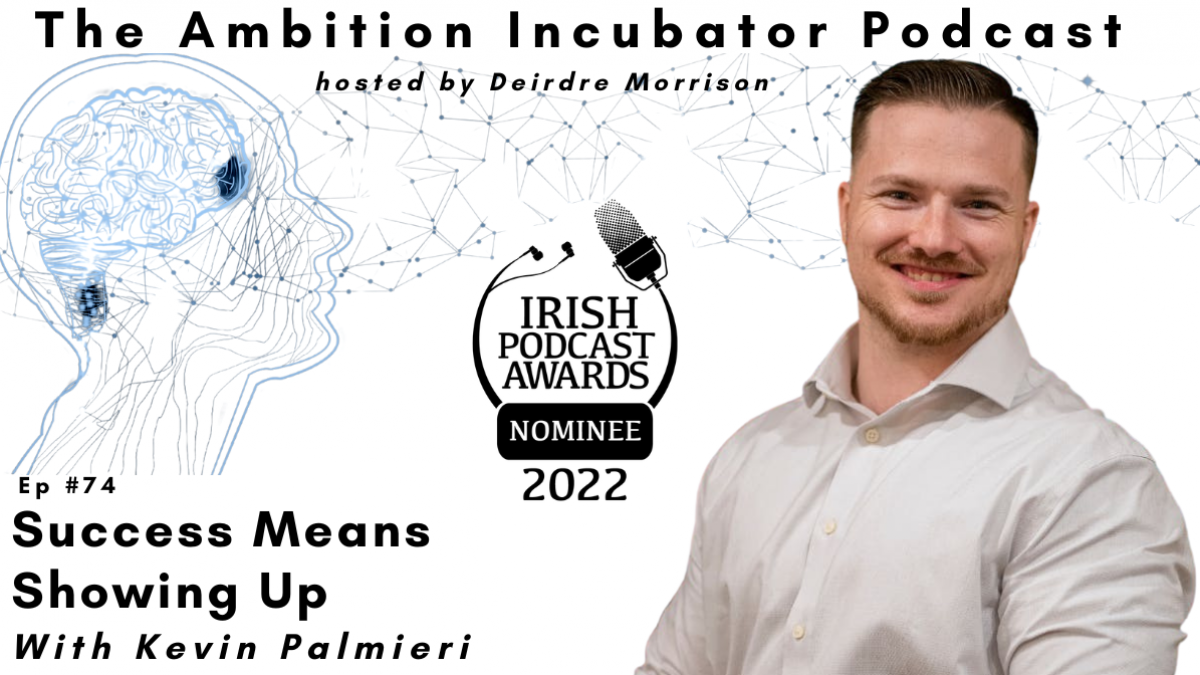 Talking to the king of consistency, Kevin Palmieri, host of Next Level University, about releasing an episode every day for the last three years.

Well, now. This was an interesting episode to record. Never had I had so many technical issues in a single episode, and it was no small amount of irony that my guest was none other than uber-podcaster, Kevin Palmieri of Next Level University.

Fortunately, Kevin’s a very graceful guest, so while I wrestled with badly behaved bits, he generously shared a lot of very pragmatic information about his own podcasting career - and if you’re on a podcast journey of your own, you’ll no doubt be interested to hear that it took him about 150 episodes to feel competent as a podcaster. But for many people 150 episodes can take three years or more… at Kevin’s rate of recording, it was about 6 months! The man puts out 7 episodes a week!

Beyond the tech talk, we looked at what is is that podcasting has given him in terms of his development, and why consistently going outside your comfort zone is critical to growth. We also talk about the importance of role models - and what it’s like when you don’t feel like you had the role models you wanted in parts of your life.

​​Kevin is the founder and co-host of the Next Level University podcast. Early in his life, Kevin found “success”, but after a brush with suicide he realised he wasn´t living a life he truly wanted. He became passionate about self improvement and decided to make it his purpose in life to impact as many people as possible by becoming a role model podcaster and speaker.

He has succeeded to make his podcast one of the top 100 with over 1000 episodes and listened in over 120 countries.

He has taken his life to the next level and achieved both personal and professional success.

To hear more from Kevin, head over to his website for podcast episodes and a free course. Alternatively, you can track him down on Insta using @neverquitkid